There's no end to our fascination with the amaryllis.  I've mentioned this in previous posts that we think the form and colour of the bloom come close to achieving absolute perfection.

Every year the bulbs appear in our retail outlets around the beginning of November and we take one home. And for us it's not a simple matter of pulling the box off the shelf and moving on. Nope, I carefully open the top of the box and inspect the bulb to make sure I get the biggest and healthiest one, and one that has a good root network not damaged by bouncing around in the truck that brought them from who knows where to Whitehorse.

This year we had a dandy! Twin stems emerged from the bulb, each one producing three blossoms. And after they faded, a third stem rose and produced a double bloom - pictured here. Click on the photo to view it in a larger format and marvel at the gorgeous detail. 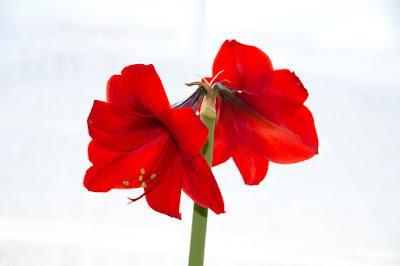 Bees in our garden


Bees are active in our garden.

Great concern has been expressed about the decline of bees due to the use of insecticides and to some extent, climate change.

But in a 2015 article in the Globe & Mail, Margaret Wente says things are not that bad.

"I have great news for honey lovers everywhere. The Canadian honeybee industry is thriving. Despite those headlines about mass die-offs and and killer pesticides, the number of honeybee colonies is at a record high. Last year, according to Statistics Canada, nearly 700,000 honeybee colonies produced $200-million worth of honey. Bee survival rates have rebounded even in Ontario, which was hard hit by unusually high winter die-offs."

Let's hope she's right.  Because scientists say that if the bees disappear, so do we.  We rely that heavily on bees to pollinate crops for our food.
Posted by Hank Moorlag at 6:44 AM No comments: 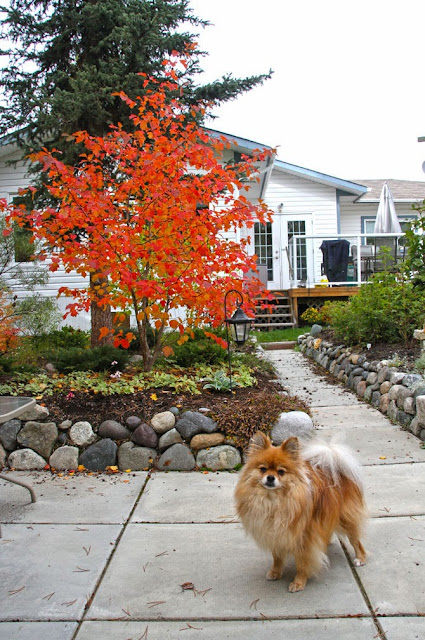 Posted by Hank Moorlag at 6:20 PM No comments:

We’ve had a really late start to the 2013 gardening season.  However, we do have a couple of blooms to show off.  The first is our flowering almond (Prunus triloba) shrub that burst into bloom this week. 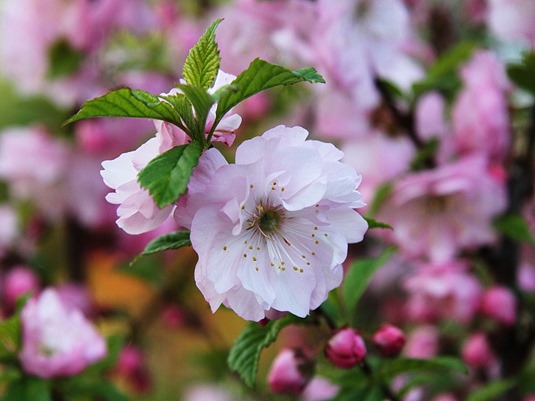 The second is a hybrid tea rose, “Irish Gold”.  I’ve mentioned in previous posts that we pick up a few hybrid tea roses when Wal-Mart has them on sale in April just as they break dormancy, the roses that is, not Wal-Mart which doesn’t ever seem to go dormant.  But, I digress.

When we get the roses home, we re-pot them and nurse them in the greenhouse until the first week of June when we plant them outside in the rose bed.  By then they usually have buds on them.  In this case, a week after planting out, the first blossom appeared. 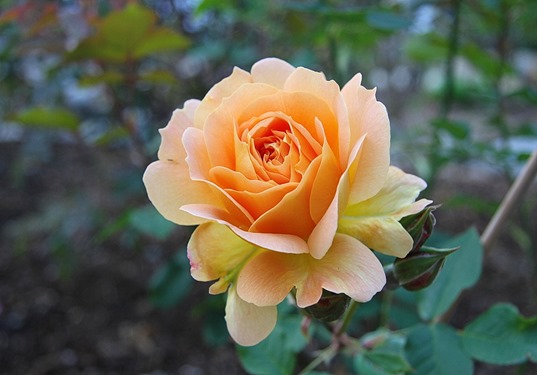 During February each year the redpolls (Carduellis flammea) arrive at the two vertical feeders in our back yard. The feeders are filled with nyjer (thistel) seed They hang around for a month or so and then disappear.

This year, with the really late spring they have stayed around much longer than normal.  And for the past week or so they seem to have gone into panic mode.  Particularly in the mornings they swarm the feeders with a frenzy we’ve never seen before.

Here’s a YouTube video to show you what we mean:

Each year in November or so, our SuperStore offers amaryllis bulbs for sale.  The boxes are beautifully presented with a photo of the amaryllis in full bloom that looks surreal – you just can’t imagine the bulb would produce a flower like this. Most times it’s a bit of a disappointment because, for a variety of reasons, the result is not as perfect as the photo on the box.

But this year we ended up with a bloom that was so amazing we had to call family and friends over to see it.  It was HUGE, the color was stunning, and all four trumpet-like blooms emerged together.  It didn’t start out that way.

As Christmas approached, a secondary stem came up from the left side of the bulb and produced two decent blooms.  When they faded, we cut the stalk back to the base.  And then the right side produced another stem which also bore a couple of nice blooms.  It appeared the main primary stem was not going to emerge and we were tempted to toss it out.  But then a week or two later a bit of green started showing.  For the next two weeks an enormous stalk shot up and then displayed this bloom: 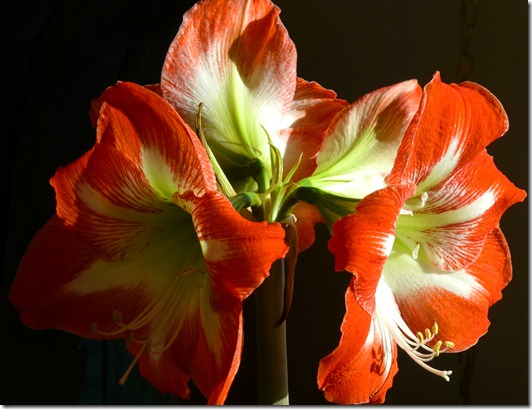 Posted by Hank Moorlag at 1:28 PM No comments:

Fall Colors in the Garden 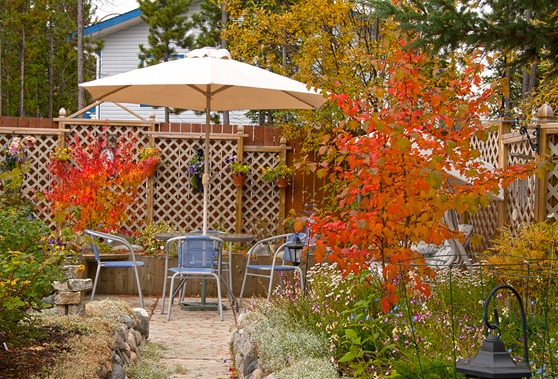 Here we are mid-September and we’ve already had some overnight frost.  Enough to turn on the fall display of color in the amur maple (left) and the hawthorn (right).